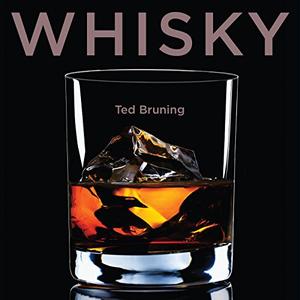 Scotch whisky is the world’s favorite spirit, with established European and North American sales being swelled by fast-growing markets in China, India, and Brazil. Once again new distilleries are being built in Scotland, and older ones that had been “mothballed” are being brought out of retirement.

The heritage, the craft-based production method, and the picturesque locations of many distilleries are a huge part of Scotch Whisky’s appeal. Scotland today has more than 100 distilleries ranging from vast factories to artisanal workshops, and more than half of them welcome tourists.

Scotch outlines the history, heritage, and romance of the industry including the two-century conflict between illicit moonlighters and the Excisemen: the extraordinary boom in whisky production when phylloxera devastated the vineyards of France and created a shortage of Cognac; the challenges presented by two world wars, depression, and prohibition; and Scotch’s resurgence after facing down world-wide competition from white spirits.

It explains the raw materials -malted barley and water transformed by the degree of peatiness both in the maltings and the water -and the distillation and maturing processes, going into the sometimes minute variations in ingredients and equipment that give each malt whisky its unique character.

It also explains the production of grain whisky and the blending processes that give us our best-known brands, instructs in how to get the best out of expensive single malts, and guides readers as to sourcing unusual malts and visiting distilleries.