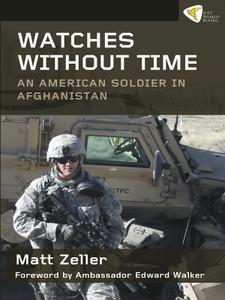 For eight months in 2008, U.S. Army Capt. Matt Zeller served as an embedded combat adviser with Afghan security forces in Ghazni, Afghanistan. Watches Without Time is a compilation of the emails he sent home to family and friends during that period—so that, as he writes in the Preface, “should anything have ever happened to me, they would know what I went through.”Watches Without Time gives a granular account of the challenges Zeller and his men encountered in Ghazni, and of the complex missions they undertook there. Written in clear and searingly intimate prose, it highlights the many emotion-laden experiences he underwent both during his tour and after his return to the United States.