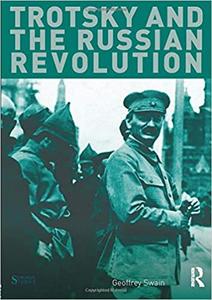 Supporters of Stalin saw Trotsky as a traitor and renegade. Trotsky’s own supporters saw him as the only true Leninist. In Trotsky and the Russian Revolution, Geoffrey Swain restores Trotsky to his real and central role in the Russian Revolution. In this succinct and comprehensive study, Swain contests that:
In the years between 1903 and 1917, it was the ideas of Trotsky, rather than Lenin, which shaped the nascent Bolshevik Party and prepared it for the overthrow of the Tsar.
During the autumn of 1917 workers supported Trotsky’s idea of an insurrection carried out by the soviet, rather than Lenin’s demand for a party orchestrated coup d’etat.
During the Russian Civil War, Trotsky persuaded a sceptical Lenin that the only way to victory was through the employment of officers trained in the Tsar’s army.
As well as examining Trotsky’s critique of Stalin’s Russia in the 1930s, this seminar reader probes deeper to explore the ideas which drove Trotsky forward during his years of influence over Russia’s revolutionary politics, exploring such key concepts as how to construct a revolutionary party, how to stage a successful insurrection, how to fight a revolutionary war, and how to build a socialist state.