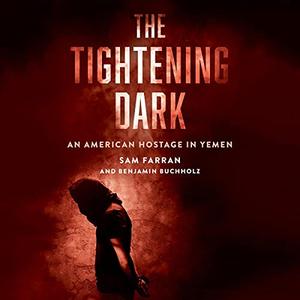 This riveting memoir follows a Lebanese Muslim American and 30-year US Marine veteran who suffered a six-month ordeal at the hands of a brutal regime in Yemen – and remained loyal to his country through it all.

As air strikes carpeted Yemen’s capital, Sam Farran was one of only a few Americans in the war-ravaged country. He was there to conduct security assessments for a variety of international firms. Days after his arrival, he was brutally seized and taken hostage by Houthi rebels. Sam would spend the next six months suffering a horrific ordeal that would test his endurance, his loyalty, and his very soul.

Every day his captors asked him – as a fellow Muslim – to betray America and his Marine heritage in exchange for his freedom. Would he give in to the Houthis and return to his Middle Eastern roots? In the end – and despite daily threats to his life – Sam found the strength to resist and came out of his ordeal with an increased sense of being, foremost, a US Marine.

The Tightening Dark is an intimate, riveting, and inspiring memoir of heroic strength, courage, survival, and commitment to country. And a reminder that the best parts of the American dream are the dreamers – those who pledge to being American, regardless of where they are born.