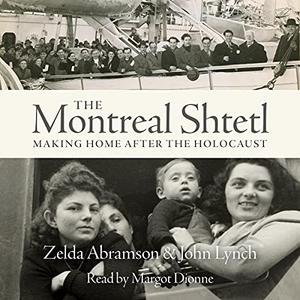 As the Holocaust is memorialized worldwide through education programs and commemoration days, the common perception is that after survivors arrived and settled in their new homes, they continued on a successful journey from rags to riches. While this story is comforting, a closer look at the experience of Holocaust survivors in North America shows it to be untrue. The arrival of tens of thousands of Jewish refugees was palpable in the streets of Montreal, and their impact on the existing Jewish community is well-recognized. But what do we really know about how survivors’ experienced their new community?

Drawing on more than 60 interviews with survivors, hundreds of case files from Jewish Immigrant Aid Services, and other archival documents, The Montreal Shtetl presents a portrait of the daily struggles of Holocaust survivors who settled in Montreal, where they encountered difficulties with work, language, culture, health care, and a Jewish community that was not always welcoming to survivors. By reflecting on how institutional supports, gender, and community relationships shaped the survivors’ settlement experiences, Abramson and Lynch show the relevance of these stories to current state policies on refugee immigration.