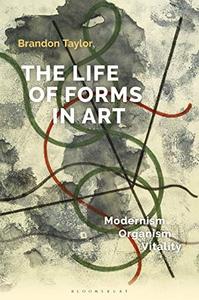 What is form in modern art? How could a work of art achieve its organic life in a world increasingly dominated by mechanism, by new technology? In this new book, Brandon Taylor proposes that biology and the life sciences themselves supplied many of the analogies and metaphors by which modern artists were guided. For the creative giants of the period – Picasso, Miró, Kandinsky, Strzeminski, Dalí, Arp, Motherwell and Pollock, as well as less-known figures such as Taeuber, Erni and Kobro – questions of ‘living’ form loomed large in studio conversation, in the press, and in the writings of the artists themselves.

In a book rich in new research and fresh thinking, a well-known art historian proposes six modalities of organic and vital life that pervade the radical experiments of modern art: the organic, the biomorphic, the ambiguous, the monstrous, the dialectical, and the liquid.