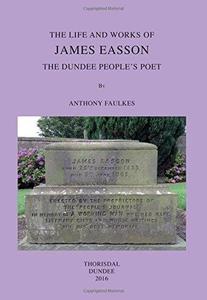 James Easson (1833–1865) suffered from more disadvantages than most men are able to bear. He was an illegitimate orphan, and his seaman father died before he himself was born. His mother died when he was two, and he was brought up in Dundee in great poverty by his only surviving relative, his widowed grandmother. He attended only an elementary school and a Sunday school, and worked most of his life as a house-painter in Dundee. He died at the age of 31 in the Lunatic Asylum in Dundee. He left a small book of verse, and had contributed to the Dundee “People’s Journal” several other poems and a number of articles, sketches and short stories that in many cases are illustrative of life in Victorian Dundee and show great concern for the poor, the sick and those with disabilities. He was a popular writer in his time and came to be known as the People’s Poet. This book includes reprints of all Easson’s extant writings.