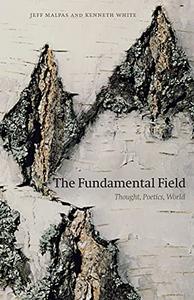 The Scottish poet Kenneth White and the Australian philosopher Jeff Malpas came together by chance when Malpas heard an interview with White on ABC radio. Malpas contacted White, and from there they exchanged books and ideas. They arranged to meet at White’s place on the Breton coast, where a conversation about poetry and philosophy developed over four days. Inspired by poets from John Donne to Hölderlin, and philosophers from Nietzsche to Heidegger, they discussed the world, place, narrative, language and politics. This book records that conversation.

The Fundamental Field is made up of two essays: the first is by White on Malpas; the second is by Malpas on White. The volume closes with a set of three new philosophical poems by White.