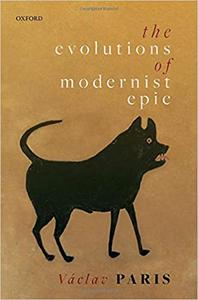 Modernist epic is more interesting and more diverse than we have supposed. As a radical form of national fiction it appeared in many parts of the world in the early twentieth century. Reading a selection of works from the United States, England, Ireland, Czechoslovakia, and Brazil, The
Evolutions of Modernist Epic develops a comparative theory of this genre and its global development. That development was, it argues, bound up with new ideas about biological evolution. During the first decades of the twentieth century–a period known, in the history of evolutionary science, as ‘the
eclipse of Darwinism’–evolution’s significance was questioned, rethought, and ultimately confined to the Neo-Darwinist discourse with which we are familiar today. Epic fiction participated in, and was shaped by, this shift.

Drawing on queer forms of sexuality to cultivate anti-heroic and non-progressive modes of telling national stories, the genre contested reductive and reactionary forms of social Darwinism. The book describes how, in doing so, the genre asks us to revisit our assumptions about ethnolinguistics and
organic nationalism. It also models how the history of evolutionary thought can provide a new basis for comparing diverse modernisms and their peculiar nativisms.