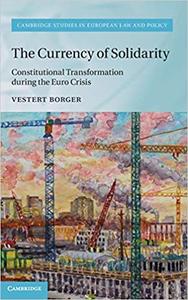 In their fight against the debt crisis, the European Union and its member states took measures that have profoundly changed the euro. It now differs fundamentally from when it was introduced by the Treaty of Maastricht. Surprisingly, this change has come about with hardly any formal amendment to the Union’s ‘basic constitutional charter’, the Treaties. How, then, to understand it? This book argues that the constitution of the EU has transformed, which occurs when constitutions change without amendment. The transformation is characterized by a broadening of the currency union’s stability conception from price stability to also financial stability. Using solidarity as a lens, the book conceptualises the unity of the member states and analyses how this was preserved during the crisis. Subsequently, it explains how that changed the currency union’s set-up and why the European Court of Justice could not turn against the change in Pringle and Gauweiler.