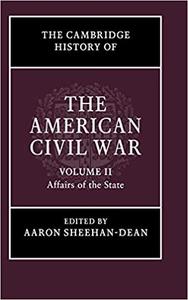 This volume explores the political and social dimensions of the Civil War in both the North and South. Millions of Americans lived outside the major campaign zones so they experienced secondary exposure to military events through newspaper reporting and letters home from soldiers. Governors and Congressmen assumed a major role in steering the personnel decisions, strategic planning, and methods of fighting, but regular people also played roles in direct military action, as guerrilla fighters, as nurses and doctors, and as military contractors. Chapters investigate a variety of aspects of military leadership and management, including coverage of technology, discipline, finance, the environment, and health and medicine. Chapters also consider the political administration of the war, examining how antebellum disputes over issues such as emancipation and the draft resulted in a shift of partisan dynamics and the ways that people of all stripes took advantage of the flux of war to advance their own interests.