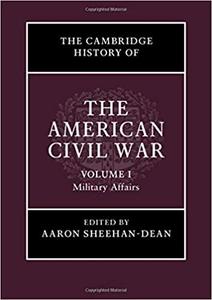 This volume narrates the major battles and campaigns of the conflict, conveying the full military experience during the Civil War. The military encounters between Union and Confederate soldiers and between both armies and irregular combatants and true non-combatants structured the four years of war. These encounters were not solely defined by violence, but military encounters gave the war its central architecture. Chapters explore well-known battles, such as Antietam and Gettysburg, as well as military conflict in more abstract places, defined by political qualities (like the border or the West) or physical ones (such as rivers or seas). Chapters also explore the nature of civil-military relations as Union armies occupied parts of the South and garrison troops took up residence in southern cities and towns, showing that the Civil War was not solely a series of battles but a sustained process that drew people together in more ambiguous settings and outcomes.