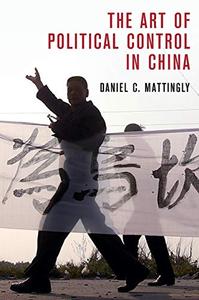 When and why do people obey political authority when it runs against their own interests to do so? This book is about the channels beyond direct repression through which China’s authoritarian state controls protest and implements ambitious policies from sweeping urbanization schemes that have displaced millions to family planning initiatives like the one-child policy. Daniel C. Mattingly argues that China’s remarkable state capacity is not simply a product of coercive institutions such as the secret police or the military. Instead, the state uses local civil society groups as hidden but effective tools of informal control to suppress dissent and implement far-reaching policies. Drawing on evidence from qualitative case studies, experiments, and national surveys, the book challenges the conventional wisdom that a robust civil society strengthens political responsiveness. Surprisingly, it is communities that lack strong civil society groups that find it easiest to act collectively and spontaneously resist the state.