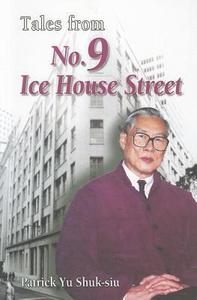 In Tales from No. 9 Ice House Street, Patrick Yu takes up his story as he returns to Hong Kong to become the first Chinese Crown Counsel. Thereafter he tells of the years in which he established himself as a most successful advocate in private practice. His story is enriched with anecdotes of his legal life and reminiscences of the many people with whom he came into contact. In the second part of the book, he recounts in his lively and intriguing way a series of the court cases in which he was involved as an important member of the Hong Kong Bar. The cases have surprising twists that the defence counsel-cum-storyteller deploys to surprise the reader. There are also unusual topics such as ‘The Case of the Young Man Who Impersonated a Police Officer’, or ‘The Case of the Solicitor Convicted of an Offence Not Known to the Law’. These read like classic detective stories, while also shedding light on life and the law in Hong Kong. Whether telling of his own life, recalling people with whom he came into contact, or telling the legal stories of the second part of this book, Patrick Yu again shows himself to be a notable raconteur and one whose life has provided him with many fascinating stories to tell.