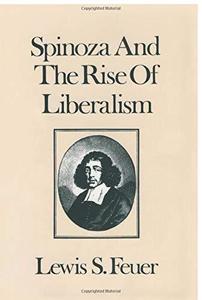 In this classic work (orig. 1987) the author undertakes to show how Spinoza’s philosophical ideas, particularly his political ideas, were influenced by his underlying emotional responses to the conflicts of his time. It thus differs form most professional philosophical analyses of the philosophy of Spinoza. The author identifies and discusses three periods in the development of Spinoza’s thought and shows how they were reactions to the religious, political and economic developments in the Netherlands at the time. In his first period, Spinoza reacted very strongly to the competitive capitalism of the Amsterdam Jews whose values were “so thoroughly pervaded by an economic ethics that decrees the stock exchange approached in dignity the decrees of God,” and of the ruling classes of Amsterdam, and was led out only to give up his business activities but also to throw in his lot with the Utopian groups of the day. In his second period, Spinoza developed serious doubts about the practicality of such idealistic movements and became a “mature political partisan” of Dutch liberal republicanism. The collapse of republicanism and the victory of the royalist party brought further disillusionment. Having become more reserved concerning democratic processes, and having decided that “every form of government could be made consistent with the life of free men,” Spinoza devoted his time and efforts to deciding what was essential to any form of government which would make such a life possible.In his carefully crafted introduction to this new edition, Lewis Feuer responds to his critics, and reviews Spinoza’s worldview in the light of the work of later scientists sympathetic to this own basic standpoint. He reviews Spinoza’s arguments for the ethical and political contributions of the principle of determinism, and examines how these have guided, and at times frustrated, students and scholars of the social and physical sciences who have sought to understand and advance these disciplines.

Spinoza struggled to understand the crisis of his time. Like
political philosophers in the twentieth century, he found that
events did violence to his political theories. He was proud of
Amsterdam’s liberalism, and hopeful that the Dutch Republican
experiment would succeed. When political catastrophe came in
1672, Spinoza brooded upon the incapacity of the masses to
sustain a liberal government. His social feelings led him to
sympathy with the common man; as a social scientist, however,
he noted that common men were often irrational and hostile to
freedom. He was moved to withdraw to a secluded community
of like-minded friends, but he also longed to participate in
political action. This young excommunicate gave to the pantheist
mysticism of the revolutionary movements its noblest expression;
he was also, however, stirred by the marvels which were
being opened by the new technology of science, the telescope
and microscope. He tried with immense power to identify the
God of his mystic vision with a Mathematical God of Science.
His system broke apart; scientist and mystic warred within him
unreconciled. He worked, a precursor of psychoanalysis, to make
men free by helping them to understand their passions; but he
also wondered if blessedness came only in unity with God. The
path toward freedom seemed often lost in an age of hatred.