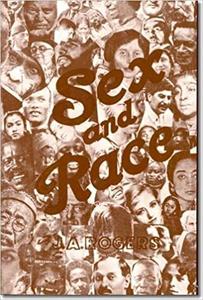 In the Sex and Race series, first published in the 1940s, historian Joel Augustus Rogers questioned the concept of race, the origins of racial differentiation, and the root of the “color problem.” Rogers surmised that a large percentage of ethnic differences are the result of sociological factors and in these volumes he gathered what he called “the bran of history”―the uncollected, unexamined history of black people―in the hope that these neglected parts of history would become part of the mainstream body of Western history. Drawing on a vast amount of research, Rogers was attempting to point out the absurdity of racial divisions. Indeed his belief in one race―humanity―precluded the idea of several different ethnic races. The series marshals the data he had collected as evidence to prove his underlying humanistic thesis: that people were one large family without racial boundaries. Self-trained and self-published, Rogers and his work were immensely popular and influential during his day, even cited by Malcolm X. The books are presented here in their original editions.