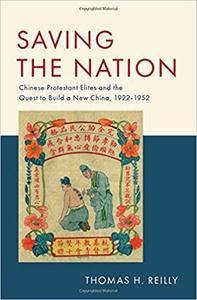 While Protestant Christians made up only a small percentage of China’s overall population during the Republican period, they were heavily represented among the urban elite. Protestant influence was exercised through churches, hospitals, and schools, and reached beyond these institutions into
organizations such as the YMCA (Young Men’s Christian Association) and YWCA (Young Women’s Christian Association). The YMCA’s city associations drew their membership from the urban elite and were especially influential within the modern sectors of urban society.

Chinese Protestant leaders adapted the social message and practice of Christianity to the conditions of the republican era. Key to this effort was their belief that Christianity could save China ― that is, that Christianity could be more than a religion focused on saving individuals, but could also
save a people, a society, and a nation. Saving the Nation recounts the history of the Protestant elite beginning with their participation in social reform campaigns in the early twentieth century, continuing through their contribution to the resistance against Japanese imperialism, and ending with
Protestant support for a social revolution.

The story Thomas Reilly tells is one about the Chinese Protestant elite and the faith they adopted and adapted, Social Christianity. But it is also a broader story about the Chinese people and their struggle to strengthen and renew their nation ― to build a New China.