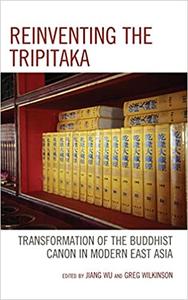 The Chinese Buddhist canon is a systematic collection of all translated Buddhist scriptures and related literatures created in East Asia and has been regarded as one of the “three treasures” in Buddhist communities. Despite its undisputed importance in the history of Buddhism, research on this huge collection has remained largely the province of Buddhologists focusing on textual and bibliographical studies. We thus aim to initiate methodological innovations to study the transformation of the canon by situating it in its modern context, characterized by intricate interactions between East and West as well as among countries in East Asia.
During the modern period the Chinese Buddhist canon has been translated, edited, digitized, and condensed as well as internationalized, contested, and ritualized. The well-known accomplishment of this modern transformation is the compilation of the Taisho Canon during the 1920s. It has become a source of both doctrinal orthodoxy as well as creativity and its significance has greatly increased as Buddhist scholarship and devotionalism has utilized the canon for various ends. However, it is still unclear what led to the creation of the modern editions of the Buddhist canon in East Asia. This volume explores the most significant and interesting developments regarding the Chinese Buddhist canon in modern East Asia including canon formation, textual studies, historical analyses, religious studies, ritual invention, and digital research tools and methods.