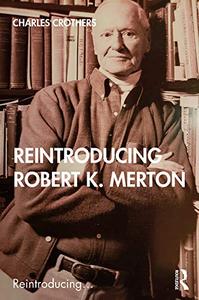 This book reintroduces the work of Robert K. Merton as a bridge between classical sociology and modern sociology. Founded in the sociological classics but developing a modern approach to the advancement of theory and research methodology, Merton’s thought helped to construct modern sociology in its coverage of many of the social institutional areas of contemporary society. Recovering and analysing the system of ‘structural analysis’, which Merton progressively developed – a system largely overlooked due to the tendency among commentators to stereotype him as a ‘functionalist’ – the author considers the applications of this approach to various substantive fields, particularly science and criminal justice, and examines the effect of Merton’s later ‘sociological semantics’ on his overall schema. A clear and accessible presentation of the array of concepts introduced by Merton to sociology, Reintroducing Robert K. Merton will appeal to scholars and students with interests in sociological theory, social research, the history of sociology and the various substantive areas covered in the work of Merton – deviance, science, and communications.