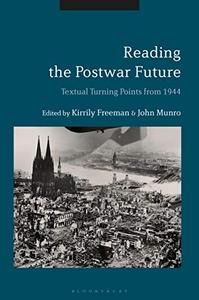 This original collection explores a number of significant texts produced in 1944 that define that year as a textual turning point when overlapping and diverging visions of a new world emerged. The questions posed at that moment, about capitalism, race, empire, nation and cultural modernity gave rise to debates that defined the global politics of their era and continue to delineate our own. Highlighting the goals, agendas and priorities that emerged for artists, intellectuals and politicians in 1944, Reading the Postwar Future rethinks the intellectual history of the 20th century and the way 1944’s texts shaped the contours of the postwar world. This is essential reading for any student or scholar of the intellectual, political, economic and cultural history of the postwar era.