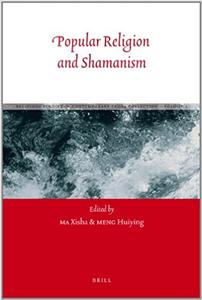 Popular Religion and Shamanism addresses two areas of religion within Chinese society; the lay teachings that Chinese scholars term folk or “popular” religion, and shamanism. Each area represents a distinct tradition of scholarship, and the book is therefore split into two parts. Part I: Popular Religion discusses the evolution of organized lay movements over an arc of ten centuries. Its eight chapters focus on three key points: the arrival and integration of new ideas before the Song dynasty, the coalescence of an intellectual and scriptural tradition during the Ming, and the efflorescence of new organizations during the late Qing.

Part II: Shamanism reflects the revived interest of scholars in traditional beliefs and culture that reemerged with the “open” policy in China that occurred in the 1970s. Two of the essays included in this section address shamanism in northeast China where the traditions played an important role in the cultures of the Manchu, Mongol, Sibe, Daur, Oroqen, Evenki, and Hezhen. The other essay discusses divination rites in a local culture of southwest China. Both sections of Popular Religion and Shamanism will introduce Western readers to the ideas of Chinese scholars, not just their data.