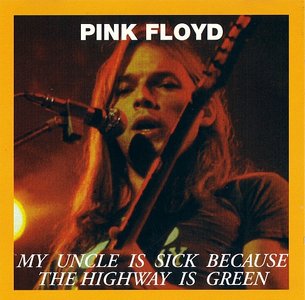 My Uncle Is Sick Because The Highway Is Green is a 1994 Pink Floyd bootleg CD released by Oil Well. While the cover says the songs are sourced from one show, it actually comes from different shows.

1. Introduction
2. Julia Dream
3. Let There Be More Light
4. Murderistic Women
5. Rain In The Country
6. A Saucerful Of Secrets
7. If
8. Interstellar Overdrive