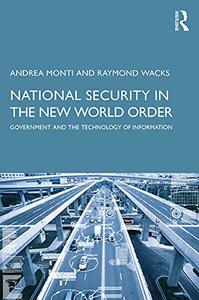 This important new book explores contemporary concerns about the protection of national security. It examines the role, influence, and impact of Big Tech on politics, power, and individual rights. The volume considers the manner in which digital technology and its business models have shaped public policy and charts its future course.

In this vital text for legislators and policymakers, Andrea Monti and Raymond Wacks draw on several case studies to analyse the changing nature of national security and revisit the traditional idea of the sovereignty of the State. They highlight some of the limitations of the conventional understanding of public policy, national security, and the rule of law to reveal the role of digital technology as an enabler as well as discriminator in governance and social disorder. Further, the chapters in the book explore the tenuous balance between individual freedom and national security; the key role of data protection in safeguarding digital data; Big Tech’s appropriation of national security policy; the debate relating to datagathering technologies and encryption; and offers an unsettling answer to the question ‘what is a leak?’

A stimulating read, this key text will be of immense interest to scholars of politics, cyberculture, and national security, as well as to policy analysts, lawyers, and journalists.