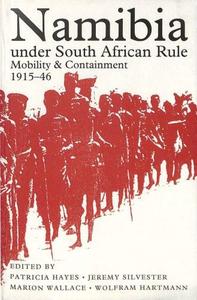 The peoples of Namibia have been on the move throughout history. The South Africans in 1915 took over from the Germans in trying to fit Namibia into a colonial landscape. This book is about the clashes and stresses which resulted from the first three decades of South African colonial rule.Namibia under South African Ruleis a major contribution to Namibian historiography, exploring, in particular, many new themes in twentieth-century Namibian history. Here is exciting new work from a host of scholars and writers on a heretofore under-researched subject.