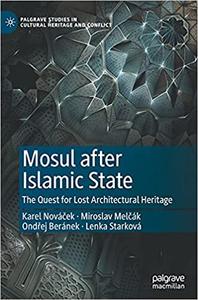 The book examines the destruction of the architectural heritage in Mosul perpetrated by Islamic State between 2014 and 2017. It identifies which structures were attacked, the ideological rationale behind the destruction, and the significance of the lost monuments in the context of Mosul’s urban development and the architectural history of the Middle East. This methodologically innovative work fills an important gap in the study of both current radical movements and the medieval Islamic architecture of Northern Iraq.