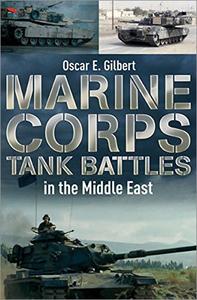 In this “compelling read,” the former Marine artilleryman examines modern tank strategies through true stories of battle in Iraq and Afghanistan

In the aftermath of Vietnam a new generation of Marines was determined to wage a smarter kind of war. The tank, the very symbol of power and violence, would play a key role in a new concept of mobile warfare, not seen since the dashes of World War II. The emphasis would be not on brutal battles of attrition, but on paralyzing the enemy by rapid maneuver and overwhelming but judicious use of firepower. Yet in two wars with Iraq, the tankers, as well as the crews of the new Light Armored Vehicles, quickly found themselves in a familiar role—battering through some of the strongest defenses in the world by frontal assault, fighting their way through towns and cities.

In America’s longest continual conflict, armored Marines became entangled in further guerilla war, this time amid the broiling deserts, ancient cities, and rich farmlands of Iraq, and in the high, bleak wastes of Afghanistan. It was a familiar kind of war against a fanatical foe who brutalized civilians, planted sophisticated roadside bombs, and seized control of entire cities. It has been a maddening war of clearing roads, escorting convoys, endless sweep operations to locate and destroy insurgent strongholds, protecting voting sites for free elections, and recapturing and rebuilding urban centers. It’s been a war in which the tanks repeatedly provided the outnumbered infantry with precise and decisive firepower. The tankers even added a new trick to their repertoire—long-range surveillance.

Our fights against Iraq in 1991 and in the post-9/11 years have seen further wars that demanded that unique combination of courage, tenacity, professionalism, and versatility that makes a Marine no better friend, and no worse enemy. This book fully describes how our Marine Corps tankers have risen to the occasion.