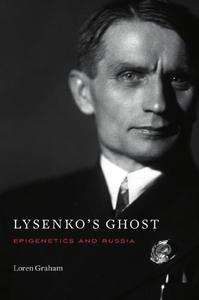 The Soviet agronomist Trofim Lysenko became one of the most notorious figures in twentieth-century science after his genetic theories were discredited decades ago. Yet some scientists, even in the West, now claim that discoveries in the field of epigenetics prove that he was right after all. Seeking to get to the bottom of Lysenko’s rehabilitation in certain Russian scientific circles, Loren Graham reopens the case, granting his theories an impartial hearing to determine whether new developments in molecular biology validate his claims.

In the 1930s Lysenko advanced a “theory of nutrients” to explain plant development, basing his insights on experiments which, he claimed, showed one could manipulate environmental conditions such as temperature to convert a winter wheat variety into a spring variety. He considered the inheritance of acquired characteristics—which he called the “internalization of environmental conditions”—the primary mechanism of heredity. Although his methods were slipshod and his results were never duplicated, his ideas fell on fertile ground during a time of widespread famine in the Soviet Union.

Recently, a hypothesis called epigenetic transgenerational inheritance has suggested that acquired characteristics may indeed occasionally be passed on to offspring. Some biologists dispute the evidence for this hypothesis. Loren Graham examines these arguments, both in Russia and the West, and shows how, in Russia, political currents are particularly significant in affecting the debates.