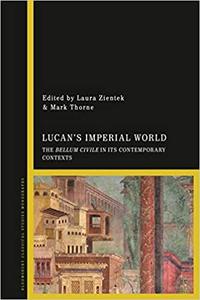 These new essays comprise the first collective study of Lucan and his epic poem that focuses specifically on points of contact between his text and the cultural, literary, and historical environments in which he lived and wrote. The Bellum Civile, Lucan’s poetic narrative of the monumental civil war between Julius Caesar and Pompey Magnus, explores the violent foundations of the Roman principate and the Julio-Claudian dynasty. The poem, composed more than a century later during the reign of Nero, thus recalls the past while being very much a product of its time.

This volume offers innovative readings that seek to interpret Lucan’s epic in terms of the contemporary politics, philosophy, literature, rhetoric, geography, and cultural memory of the author’s lifetime. In doing so, these studies illuminate how approaching Lucan and his text in light of their contemporary environments enriches our understanding of author, text, and context individually and in conversation with each other.