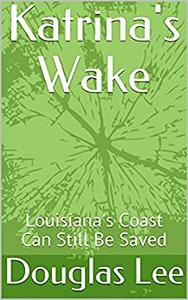 Over the course of some three years of travels on the storm-lashed Central Gulf Coast, where the author’s family roots lie and he spent summers milking cows in his uncle Frank’s dairy barn on the family’s farm in coastal Mississippi, just an hour’s drive from New Orleans, Lee examined the causes and chronicled the sprouting seeds of rebirth in Hurricane Katrina’s Wake. His observations and conclusions remain valid today, especially concerning the necessity of restoring Louisiana’s coastal wetlands, largest in the United States but a third smaller than they were before the Mississippi River’s floodwaters were leveed off from them nearly a century ago, if future storms are not to bring even greater catastrophes. The story leads us to outermost fringes of Louisiana’s Mississippi River Delta, at the river’s mouth far below New Orleans, and to a place the author once felt was timeless, but now advocates for saving it from oblivion and the Gulf of Mexico’s devouring waters.