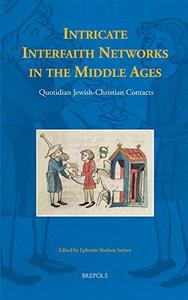 Recent scholarship has suggested that the religious divide between Jews and Christians in the Middle Ages, although ever-present (and at times even violently so), did not stop individuals and groups from forming ties and expanding them in more intricate ways than previously thought. Moreover, these networks appear to have functioned with an apparent disregard towards any confessional and religious differences. Nevertheless, this was by no means a straightforward or simple situation; both the theological background to how each faith viewed ‘other’ beliefs, as well as the strong social, religious, and authoritative circles that at the least critiqued, even if they did not entirely discourage such contacts, created a formidable opposition to these networks. The articles in this book were presented as papers during an international workshop at the Central European University in Budapest in February 2010. In these presentations and discussions, the premise of interfaith relations and networks was thoroughly explored across Europe from the Iberian Peninsula to the eastern Hungarian frontier, and from England to Italy throughout the high and later medieval period. In this volume, the contributors explore a number of phenomena through different disciplinary approaches. Ties of an economic and cultural nature are examined, and attention is paid to social contacts and networks in the fields of art and the sciences, and matters of daily life. The picture that emerges is altogether more nuanced and diverse than the bipolar paradigm that has dominated previous scholarship.