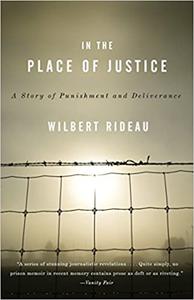 After killing a bank teller in a moment of panic during a botched robbery, Wilbert Rideau was sentenced to death at the age of nineteen. He spent several years on death row at Angola before his sentence was commuted to life, where, as editor of the prison newsmagazine The Angolite, he undertook a mission to expose and reform Louisiana’s iniquitous justice system from the inside. Vivid, incisive, and compassionate, this is a detailed account of prison life and a man who accepted responsibility for his actions and worked to redeem himself. It is a story about not giving up; finding love in unexpected places; the power of kindness; and the ability to do good, no matter where you are.