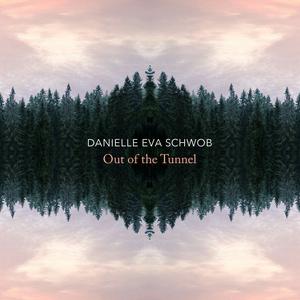 Originally from London but based in Los Angeles and New York, Danielle Eva Schwob is a “notable cross-genre composer” (The New Yorker) who writes concert works, experimental electro-rock and film scores. Danielle’s debut album as a composer in the classical realm, Out of the Tunnel, is an artful collection mixed by Grammy nominee Ryan Streber and Grammy-winners Silas Brown and Marc Urselli. Out of the Tunnel presents the first recordings of nine compositions, each as contemporary as it is alluring.

The chamber music Danielle has composed is often inspired by nature and other art, such as painting. On Out of the Tunnel, there is a striking triptych for solo violin, solo cello and solo piano (commissioned by the American Composers Forum): “Reflections on Francis Bacon,” “Reflections on Lucian Freud” and “Reflections on David Hockney,” the title subjects being British painters who often socialized together and motivated each other. Similarly, many of the album’s performers are close colleagues of the composer, the relationships cultivated over years working alongside each other on stage and in the studio. The album’s titular string quartet, the thrilling “Out of the Tunnel,” was commissioned from Danielle jointly by New Music USA and the Grammy-nominated performing ensemble on the album: PUBLIQuartet, whose members the composer knows well. Harpist Ashley Johnson, who performs several pieces on the album, has a long collaborative history with Danielle, and violinist Jennifer Choi has also played with Danielle in various contexts, including on DELANILA’S Overloaded album.

“I wrote the music of ‘Out of the Tunnel,’ the string quartet, especially for PUBLIQuartet, knowing their uncommon combination of skills,” Danielle explains. “They are a unique group, not only with all the classical chops you could imagine but also nearly jazz-level improvisational abilities and a rock-like energy that’s very attractive – and ideal for ‘Out of the Tunnel.’ The same goes for the several pieces with harp on the album. Ashley is such a gifted performer, one who invests so much soul and depth into her playing – just listen to her solo piece on the album, ‘The Long Way Down.’ As an interpreter of scores, she shapes the music in a way that feels deeply personal – a dream come true for a composer. It’s similar with Jennifer Choi, cellist Mike Nicolas of Brooklyn Rider and pianist Orion Weiss, as well as flutist Nathalie Joachim, who puts her breath into several nature-inspired pieces on the album. I love working with such incredible performers – they helped bring my chamber music to vivid life.”

Her music has been featured by presenters and venues including Lincoln Center, BRIC Celebrate Brooklyn, Philip Glass’s MATA Festival, Arts Brookfield, Le Poisson Rouge, Roulette’s [GENERATE] and Spring Place, earning honors and commissions from The Aaron Copland Fund for Music, ASCAP, ChamberMusicNY, The American Composers Forum, New Music USA, BMI and more. She was also a 2015 Sundance Institute Composers Lab Fellow, a 2011 Con Edison ‘EtM’ Composer-In-Residence, a 2018 and 2019 MAP Fund Finalist and 2014 Atlantic Center for the Arts Associate-Artist-In-Residence. Her work has been featured on radio/TV stations across the U.S. and Canada, most notably NPR and NY1, as well as at the LES Film Festival (Prix D’or), Dances with Films and more.