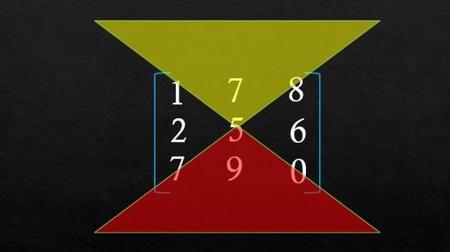 Requirements
A passion to learn about Matrices and Vectors
Fundamentals of Math, like arithmetic (addition, subtraction, multiplication, division) of positive and negative numbers, fractions, and decimals.
Ability to solve linear equations in two and three variable and graphing, and factoring, plus exponents and roots.

Linear algebra is vital in multiple areas of science in general. Because linear equations are so easy to solve, practically every area of modern science contains models where equations are approximated by linear equations (using Taylor expansion arguments) and solving for the system helps the theory develop. Beginning to make a list wouldn’t even be relevant ; you and I have no idea how people abuse of the power of linear algebra to approximate solutions to equations. Since in most cases, solving equations is a synonym of solving a practical problem, this can be VERY useful. Just for this reason, linear algebra has a reason to exist, and it is enough reason for any scientific to know linear algebra.

More specifically, in mathematics, linear algebra has, of course, its use in abstract algebra ; vector spaces arise in many different areas of algebra such as group theory, ring theory, module theory, representation theory, Galois theory, and much more. Understanding the tools of linear algebra gives one the ability to understand those theories better, and some theorems of linear algebra require also an understanding of those theories ; they are linked in many different intrinsic ways.

Outside of algebra, a big part of analysis, called functional analysis, is actually the infinite-dimensional version of linear algebra. In infinite dimension, most of the finite-dimension theorems break down in a very interesting way ; some of our intuition is preserved, but most of it breaks down. Of course, none of the algebraic intuition goes away, but most of the analytic part does ; closed balls are never compact, norms are not always equivalent, and the structure of the space changes a lot depending on the norm you use. Hence even for someone studying analysis, understanding linear algebra is vital.

Who this course is for
Students enrolled or planning to enroll in Linear Algebra class, and who want to excel in it
Anyone who needs Linear Algebra as a prerequisite for Machine Learning, Deep Learning, Artificial Intelligence, Computer Programming, Computer Graphics and Animation, Data Analysis, etc.
Engineers, Scientists and Mathematicians who want to work with Linear Systems and Vector Spaces
Professionals who need a refresher in Math, especially Algebra and Linear Algebra