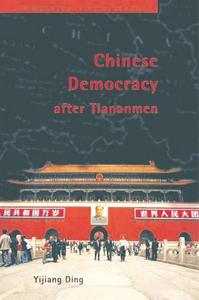 In 1989, most observers believed that China’s political reform process had been violently short-circuited, but few would now dispute that China is in a very important transition. Central to this transition has been an extraordinary change in the formal intellectual conception of ‘democracy.’ In this book, Yijiang Ding presents a multi-dimensional picture of China at the political crossroads. Chinese Democracy looks at the significant change in the state-society relationship in contemporary China in three interrelated areas: intellectual, social, and cultural. Drawing heavily on recent Chinese scholarship, Ding shows that the emergent theory on the dualism of state and society is contemporaneous with a new cognitive and cultural appreciation of the people’s independence from state authority. Is China moving toward liberal democracy? Does Western engagement with China contribute economically and politically to this shift? These are the questions at the heart of the book. Which are especially timely, given the recent reconstruction of political regimes worldwide.