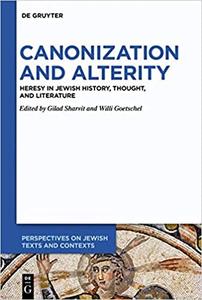 This volume offers an examination of varied forms of expressions of heresy in Jewish history, thought and literature. Contributions explore the formative role of the figure of the heretic and of heretic thought in the development of the Jewish traditions from antiquity to the 20<sup>th</sup> century. Chapters explore the role of heresy in the Hellenic period and Rabbinic literature; the significance of heresy to Kabbalah, and the critical and often formative importance the challenge of heresy plays for modern thinkers such as Spinoza, Freud, Kafka, and Derrida, and literary figures such as Kafka, Tchernikhovsky, and I.B. Singer. Examining heresy as a boundary issue constitutive for the formation of Jewish tradition, this book contributes to a better understanding of the significance of the figure of the heretic for tradition more generally.