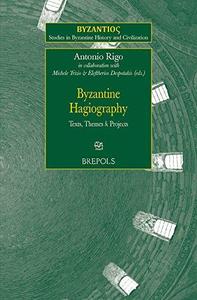 In recent years Byzantine hagiography has attracted renewed interest of the international community of Byzantine scholars and not only thanks to studies dedicated to this subject and critical editions of individual texts, but also because hagiography has been the main focus of numerous major research projects: databases, new repertories, a new version of the Bibliotheca Hagiographica Graeca and some very useful handbooks dedicated to this literary genre during the Byzantine Empire. These researches have analysed Byzantine hagiography in relation to the hagiographic writings composed in neighbouring areas, the West, the Syriac and Arabic Middle East, the Southern Slavs, etc. but also the relations between the hagiographical texts and other literary genres.

This volume introduces the current developments of hagiographical studies and on-going projects on the subject, and investigates a variety of texts and authors from the Patristic period to the end of Byzantium.