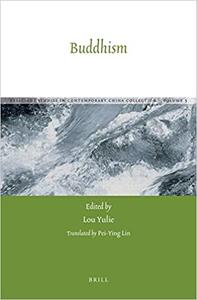 This volume contains the English translation of articles selected from Religious Studies in Contemporary China Collection: Buddhism (Dangdai Zhongguo zongjiao yanjiu jingxuan: Fojiao juan) edited by Lou Yulie. All the articles in this volume were originally published in Chinese during the last two decades and thus represent trends of recent scholarship on Buddhist studies in China. Although these articles represent a small portion of the scholarly output, we will notice some common interests shared by the Chinese scholars of Buddhist studies and their counterparts in the west. Buddhist scholars on both sides of the Pacific are paying attention to the relationship between Buddhism and Daoism, the question of indigenous scriptures, the social and ritualistic dimension of Buddhism revealed in artistic creations and the interaction and mutual influences between Chinese and the larger Buddhist world.