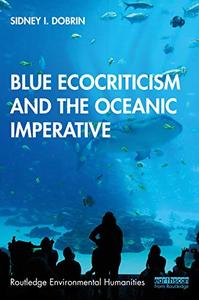 This book initiates a conversation about blue ecocriticism: critical, ethical, cultural, and political positions that emerge from oceanic or aquatic frames of mind rather than traditional land-based approaches.

This book aims to simultaneously advance blue ecocriticism as an intellectual pursuit within the environmental humanities and to advocate for ocean conservation as derivative of that pursuit.