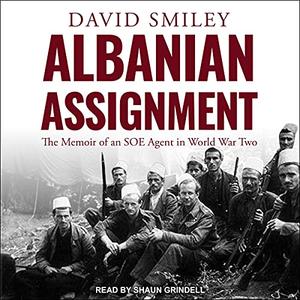 In 1940 Winston Churchill established the Special Operations Executive to “set Europe ablaze”. Three years later David Smiley and Billy McLean were parachuted into Northern Greece and crossed the border into Albania to do just that. For the next eight months Smiley mediated between the competing resistance factions and organized them to conduct ambushes and acts of sabotage on fascist armies and infrastructure.

His actions were rewarded with an immediate Military Cross, yet his work in Albania was not done. Soon after he had left the country, tensions between the Albanian resistance movements had deteriorated into open conflict, meaning that Smiley and McLean were once again forced to parachute into the country to reconcile the guerrilla forces while continuing the fight against the Nazi forces. Smiley’s account of his time in Albania is a remarkable book that uncovers the operations and its difficulties of an SOE agent in one of the forgotten fronts of World War Two.