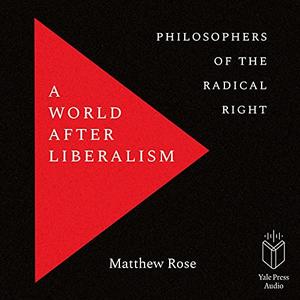 A bracing account of liberalism’s most radical critics, introducing one of the most controversial movements of the 20th century. In this eye-opening book, Matthew Rose introduces us to one of the most controversial intellectual movements of the 20th century, the “radical right”, and discusses its adherents’ different attempts to imagine political societies after the death or decline of liberalism. Questioning democracy’s most basic norms and practices, these critics rejected ideas about human equality, minority rights, religious toleration, and cultural pluralism not out of implicit biases, but out of explicit principle.