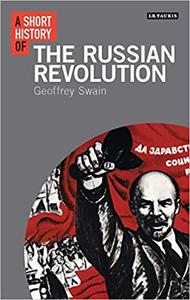 In 1917 revolutionary fervour swept through Russia, ending centuries of imperial rule and instigating political and social changes that would lead to the formation of the Soviet Union. Arising out of proletariat discontent with the Tsarist autocracy and Lenin’s proclaimed version of a Marxist ideology, the revolutionary period saw a complete overhaul of Russian politics and society and led directly to the ensuing civil war. The Soviet Union eventually became the world’s first communist state and the events of 1917 proved to be one of the turning-points in world history, setting in motion a chain of events which would change the entire course of the twentieth century. Geoffrey Swain provides a concise yet thorough overview of the revolution and the path to civil war. By looking, with fresh perspectives, on the causes of the revolution, as well as the international response, Swain provides a new interpretation of the events of 1917, published to coincide with the 100th anniversary of the revolution.