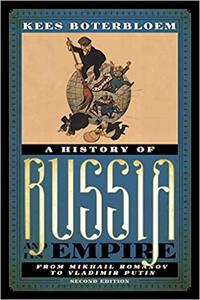 This clear and focused text provides an introduction to imperial Russian and Soviet history from the crowning of Mikhail Romanov in 1613 to Vladimir Putin’s new term. Through a consistent chronological narrative, Kees Boterbloem considers the political, military, economic, social, religious, and cultural developments and crucial turning points that led Russia from an exotic backwater to superpower stature in the twentieth century. The author assesses the tremendous price paid by those who made Russia and the Soviet Union into such a hegemonic power, both locally and globally. He considers the complex and varied interactions between Russians and non-Russians and investigates the reasons for the remarkable longevity of this last of the colonial powers, whose dependencies were not granted independence until 1991. He explores the ongoing legacies of this fraught decolonization process on the Russian Federation itself and on the other states that succeeded the Soviet Union. The only text designed and written specifically for a one-semester course on this four-hundred-year period, it will appeal to all readers interested in learning more about the history of the people who have inhabited one-sixth of the earth’s landmass for centuries.