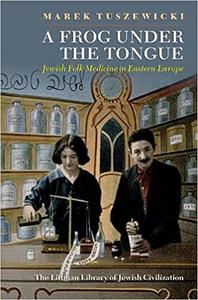 Jews have been active participants in shaping the healing practices of the communities of eastern Europe. Their approach largely combined the ideas of traditional Ashkenazi culture with the heritage of medieval and early modern medicine. Holy rabbis and faith healers, as well as Jewish
barbers, innkeepers, and pedlars, all dispensed cures, purveyed folk remedies for different ailments, and gave hope to the sick and their families based on kabbalah, numerology, prayer, and magical Hebrew formulas. Nevertheless, as new sources of knowledge penetrated the traditional world, modern
medical ideas gained widespread support. Jews became court physicians to the nobility, and when the universities were opened up to them many also qualified as doctors. At every stage, medicine proved an important field for cross-cultural contacts.

Jewish historians and scholars of folk medicine alike will discover here fascinating sources never previously explored – manuscripts, printed publications, and memoirs in Yiddish and Hebrew but also in Polish, English, German, Russian, and Ukrainian. Marek Tuszewicki’s careful study of these
documents has teased out therapeutic advice, recipes, magical incantations, kabbalistic methods, and practical techniques, together with the ethical considerations that such approaches entailed. His research fills a gap in the study of folk medicine in eastern Europe, shedding light on little-known
aspects of Ashkenazi culture, and on how the need to treat sickness brought Jews and their neighbours together.